EspañolBuild your football empire - can you make it to the very top? 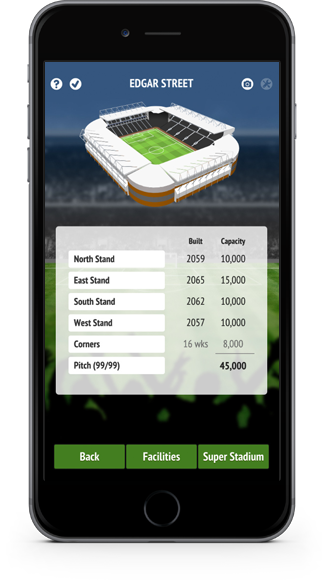 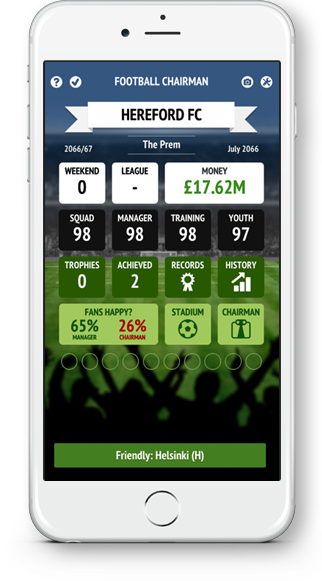 Football Chairman has become one of the App Store's biggest-selling soccer games, with over two million downloads and a rating of 4.5 out of 5 from tens of thousands of reviews.

The concept is simple - build a football club from scratch, starting as a tiny non-league team, and see if you can make it through seven divisions to the very top. Hire and fire managers, develop your stadium, negotiate transfers and contracts... while keeping the fans and the bank manager happy. Good luck - you'll need it! 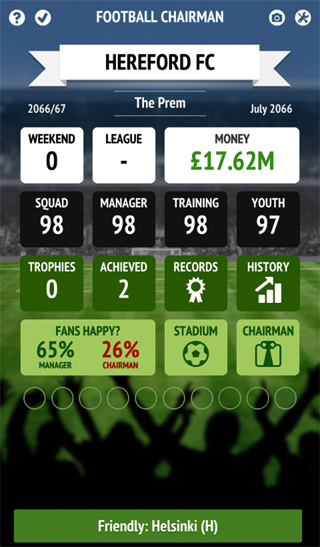 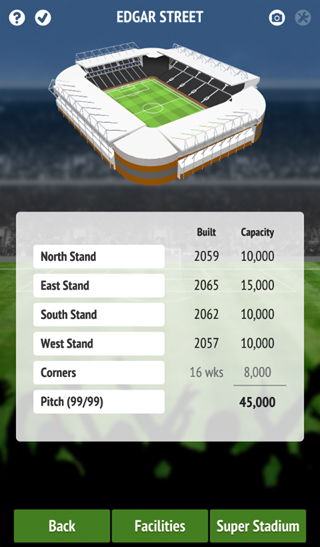 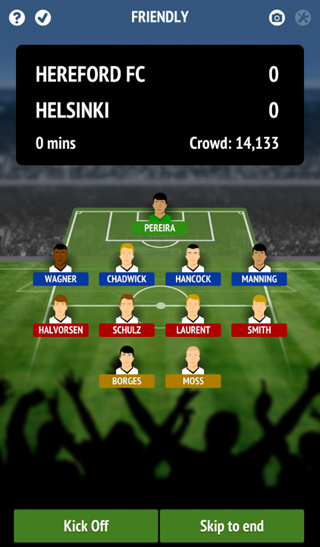 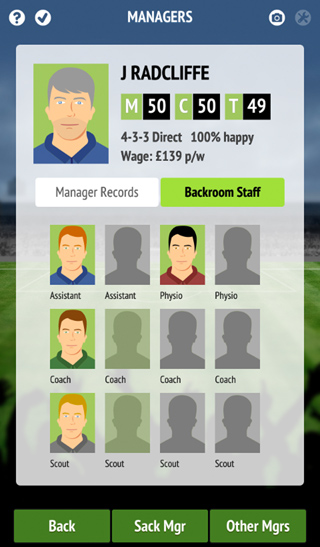 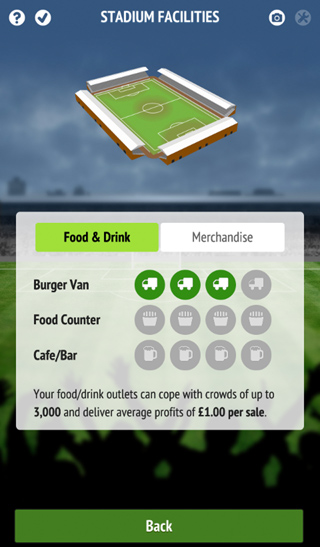 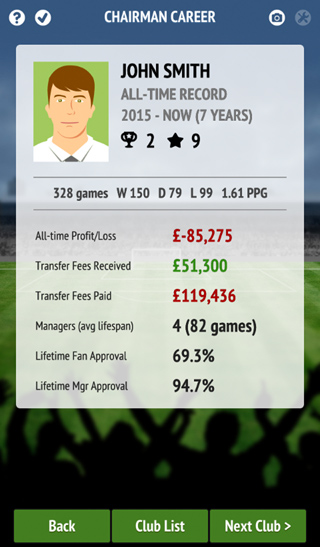 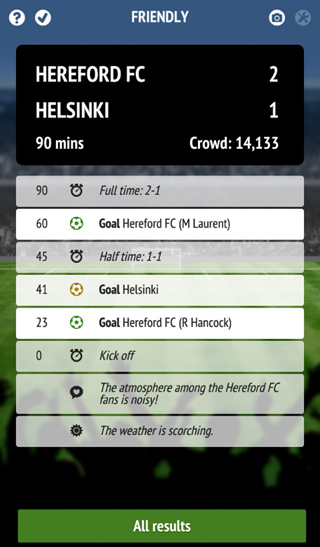 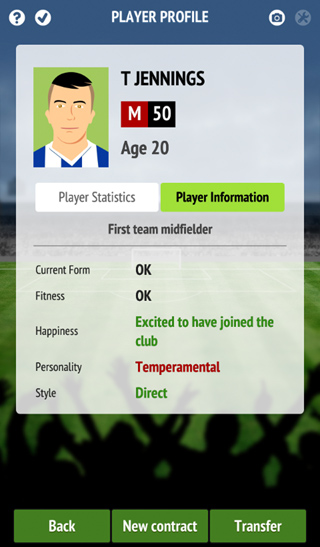 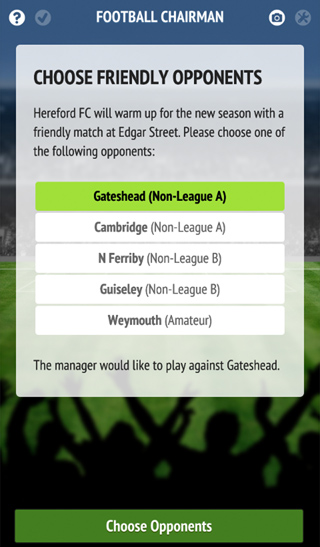 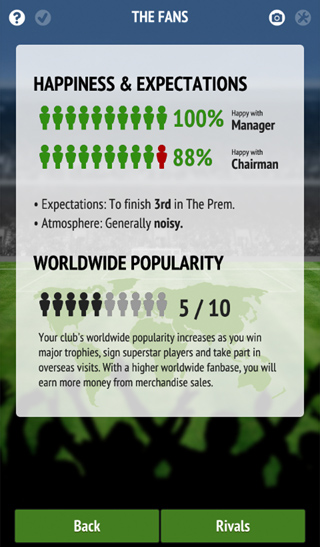 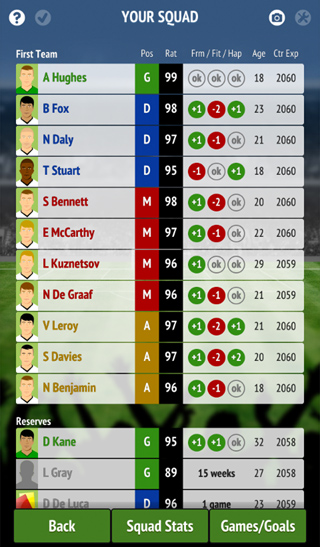 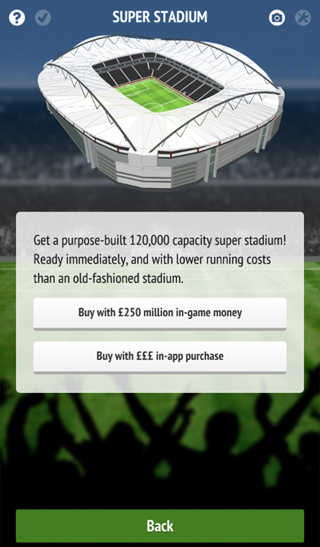 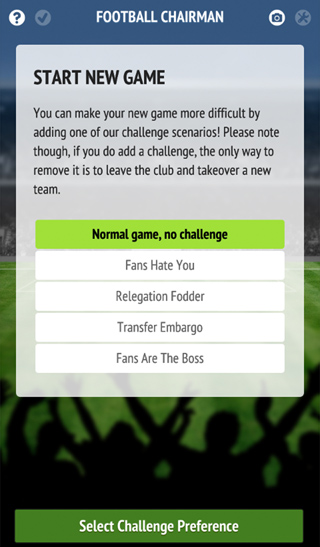 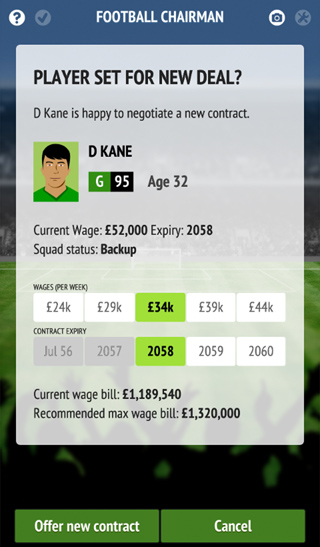 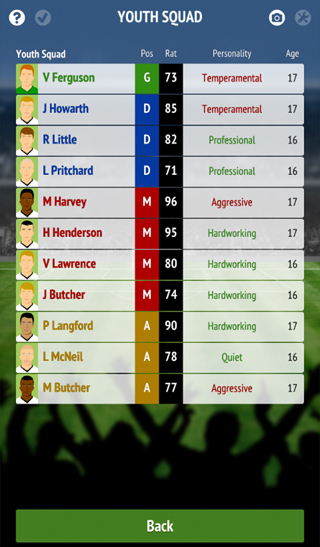 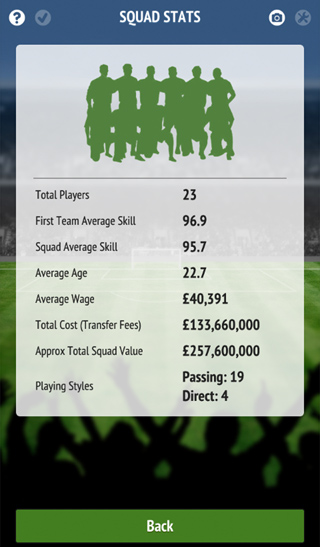 Some of the app features 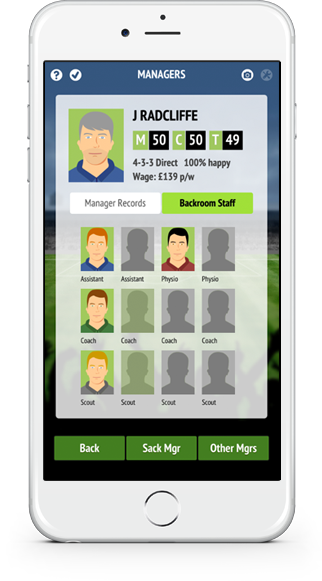 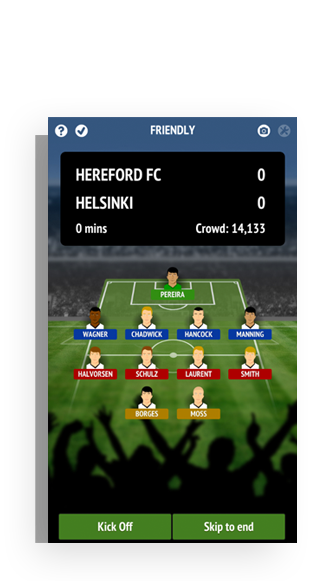 - All of the above, plus:
- "Immortal" never-ending Chairman career
- All domestic and European cup competitions
- Take over other clubs... become the chairman of your favourite team!
- Free online data editor, allowing you to create your own leagues
- Load different datapacks with teams from round the world
- Full youth squad; watch your young players develop
- Four "challenge scenarios" to test your skills
- 50 in-game achievements to aim for
- Pick your club's local 'derby' rivals
- Choose your pre-season friendly opponents
- Import saved careers from all previous versions of the game (Football Chairman, Football Chairman Lite)

• Free version of the game
• Guide your club through 7 English divisions
• You've got 30 seasons to make it to the top!
• Fast-paced addictive gameplay
• No internet connection required

• "Immortal" never-ending chairman career
• All cups and European competitions
• Take over other clubs
• Load/create datapacks with teams from round the world
• No adverts, no internet connection needed

"Any footy fan has got to purchase this game!"

"If you like football, and you're prepared to be enslaved by a game, try Football Chairman"

"Anybody looking at downloading a footy game, get Football Chairman - without doubt the most addictive game about and very easy to play"

"Forget football management simulators, this is the future! This has to be the most addictive app I have ever had, simple quick and fun!"

"Brilliant, just absolutely brilliant! An already great game has been made even better! I don't mind the cost for the new version at all, as you can tell just how much work has been put into this with all the new features and additions there are."

"A worthy sequel to a fantastic game. A HUGE amount of additions make this game worth buying. Had hours of fun on Football Chairman."

"Great game! This game improves each update. I have played both the previous versions and once again this one is thoroughly addictive. Great work."

"Such a good game! The best iPhone game I've played. Thanks for making it! #Impressed"

Help/Contact UsIf you've got a query about the game, please have a look at the FAQs below and see if your question is answered. If not, please click the mail icon at the bottom to send us a message through our contact form.

Can I continue a career from the free app in the Pro version of the game?

Yes, you can continue your career from the free app by saving it to our servers and then loading it up in the Pro app.

Can I save the game on one device and then load it to play on a different device?

Yes, you can. Saved games are compatible between different devices, including from Android to iOS and vice-versa.

My saved games have gone missing!

If you saved the game on our servers then the saved game(s) will definitely still be there - the only reason they wouldn't show is if the email or password were spelt incorrectly either when you originally typed them or the second time round.

The most common reason for this happening is when people mis-type their original password without realising. If you've tried various combinations and still can't find your saved games, fill in our contact form (by clicking the "envelope" icon below) and we'll check the database for you.

I'm having trouble with the in-app purchases (iOS)

The first thing to check is whether in-app purchases are actually allowed on your device. To do this, go to Settings > General > Restrictions.

If there are no restrictions in place, then rebooting your phone often solves the problem. You may also need to sign out and back in to your iTunes account.

How do I exit the game? (Android)

Although the game disables your device's 'back' button, most Android devices have a 'Home' button somewhere that allows you to return to your main phone screen. Alternatively your device may also have a 'task manager' button that enables you to switch between apps.

Get in touch!Please fill in the form below if you have some feedback for us.